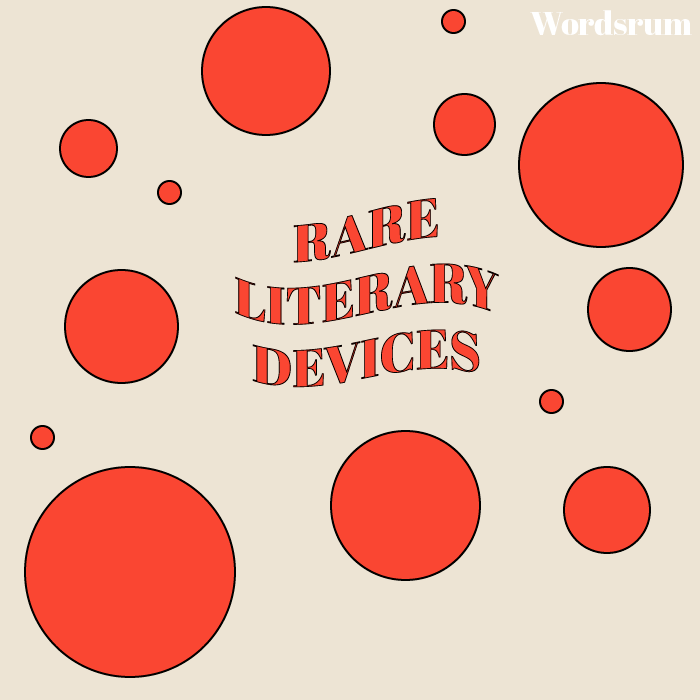 The beauty of a poem comes from structure, style, meaning, and rhyme. But a poem feels like a poem because of the literary devices in it. Literary devices act like essential tools required to highlight or intensify a particular mood or feeling. They set a rhythm to the poem, without changing its overall meaning.

We all know about common literary devices like alliteration, enjambment, consonance, etc. But there are a few that are seldom used or often not heard of. In this article, we are going to learn about all the unique literary devices. Let’s begin the hunt:

Are we talking about a punctuation mark? No.

An apostrophe is a literary device that is often confused with a punctuation sign but it is something different. The apostrophe is a poetic phrase or reference made by a character to a subject who is not literally present in the poem. The subject could be an inanimate object, someone dead, or even an idea.

Poets use this literary device to direct the attention of the readers to the importance or significance of the object. Moreover, it is through apostrophes that the character can express their internal feelings to someone who is not able to respond.

For example: “Heart, Why Must You Feel So Restless All the Time?”

“You are Cruel, My Dear Life”

How often do you take a break from your work? Or have you ever counted the number of times you breathe while speaking?

Similarly, the caesura is a poetic device which means the rhythmical pause in a line or a sentence. Caesura or a break in the line is often depicted through punctuation marks or with a parallel symbol “||”. Caesura can occur at the beginning of the line, in the middle of the line, or sometimes at the end of the line.

For example: From my balcony, || I saw the moon

Gleaming and Glistening with the stars

Have you ever heard a child describe their day in school, with repeated sentences and words about their favorite activity? The epistrophe is the same.

For example: “We shall remain on the top, with excellent faculty of mind, we shall live the best, make the best, achieve the best, and express the best”

Do you dislike someone and can’t tell them directly? Allegory has got you sorted.

Allegory is a literary device in which the story, picture, or poem is presented with a hidden meaning. The characters, objects, or settings in allegories represent particular ideas that have to be understood not just literally. Allegory is a device in which the meaning of the symbols goes beyond the literal work. One has to use their imagination to understand the actual meaning.

Many allegories might be didactic, providing a moral lesson, but all allegories cannot achieve the same place or goal and can be misunderstood by the readers. There are four major types of allegory:

It is through allegory that most of the controversial topics can be addressed which cannot be directly pointed out like war, human nature, religion, etc.

Have you ever been compared with your sibling, and have been stated the stark differences between you two? Congrats! You have been juxtaposed.

Juxtaposition is a literary device that indicates contrast or comparison. It means showing the contrast between two concepts that are placed side by side. There is no implied comparison by the writer or the poet, or no inferences drawn. It is on the reader to compare and contrast how the two concepts are similar or different.

For example This excerpt from “A Midsummer Night’s Dream” by William Shakespeare:

“Merry and tragical? Tedious and brief?; That is hot ice, and wondrous strange snow!; How shall we find the concord of this discord?”

How do you feel when your teacher asks you a question and takes the next period to answer it?

For example: What’s the Point of Love? To Fall in it, or to fail in it

I have a friend who has a habit of omitting all the conjunctions in a sentence. I did not know she uses asyndeton.

Asyndeton is a literary device derived from the Greek word that means “ unconnected”. In this figure of speech, coordinating conjunctions or words such as “but”, “or”, “and” that join into other words or sentences are omitted. Yet, the grammatical accuracy is still the same.

Asyndeton is used to make the sentence feel more memorable or urgent. It can be used between words and phrases within a sentence or used between sentences or clauses.

For example: “It’s about drive, it’s about power, we stay hungry, we devour” from the famous poet, The Rock

Have you ever used chiasmus on Xmas?

Chiasmus is a literary device that means two sentences are balanced against each other by reversal of their order or structure to produce an artistic effect. It literally means a shape like a letter x. Like the first phrase of the sentence is repeated in its clause but its order is reversed.

For example, Some people die to live or live to die.

How can one be accepted universally? We have to use aporphism in our writing.

Aporphism is a statement of truth or moral principles that are expressed in a witty way. It is often used with metaphors or imagery to make them sound more striking. It goes on like a “saying” or good advice.

The truth provided in the statement is usually relevant to human experiences in real life. Aporphisms have the power to inspire people if written wisely, otherwise, they can be misunderstood.

For example: To Err is Human, to Forgive Divine

Ever heard your friend talk non-stop about their crush?

A soliloquy is a literary device used in the form of a speech or a monologue that describes the internal feelings of the character. This device is specifically used so that the readers or the audience can get inside the head of the character and feel them for a moment. It is through this device that we get an insight into the character’s emotions or reflections.

Soliloquy helps the audience to understand the motive of the character, it also helps in plot development.

For example: Excerpt from Doctor Faustus.

Now hast thou but one bare hour to live,

And then thou must be damned perpetually!

That time may cease, and midnight never come;

Perpetual day; or let this hour be but

That Faustus may repent and save his soul!

Our hunt ends here. I hope I set the “mood” for this article with my “tone” and “rhyme”. The literary devices have been explained with “imagery” and “pun” and I have served my “ode”. There are still a few literary devices that are left, but that is the “irony”.

All the Literary Devices that You Need to Know, in One Place 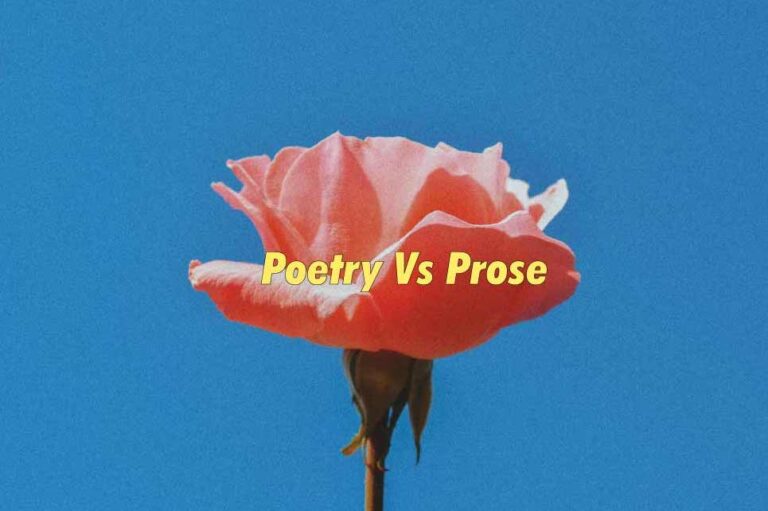 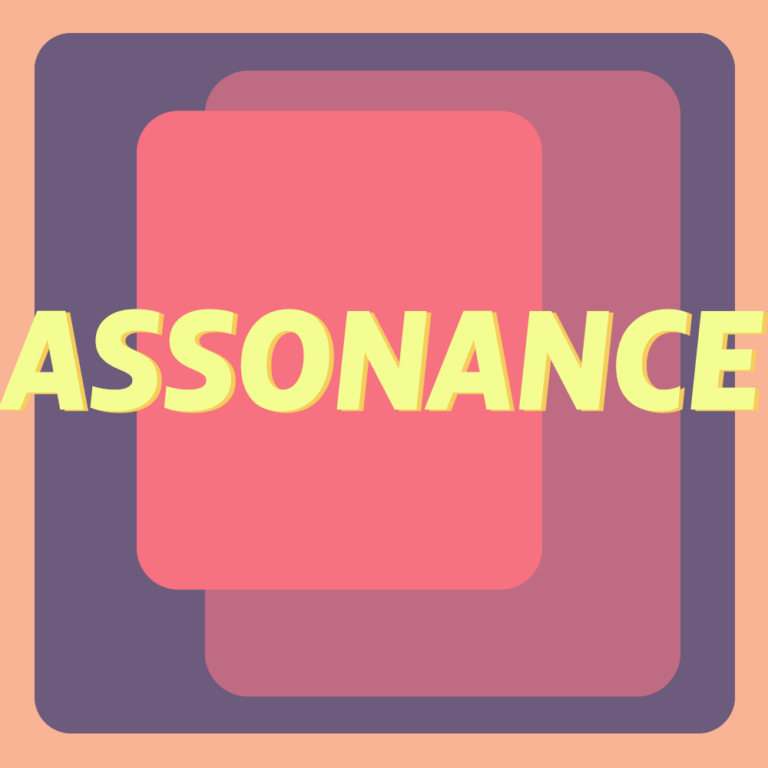 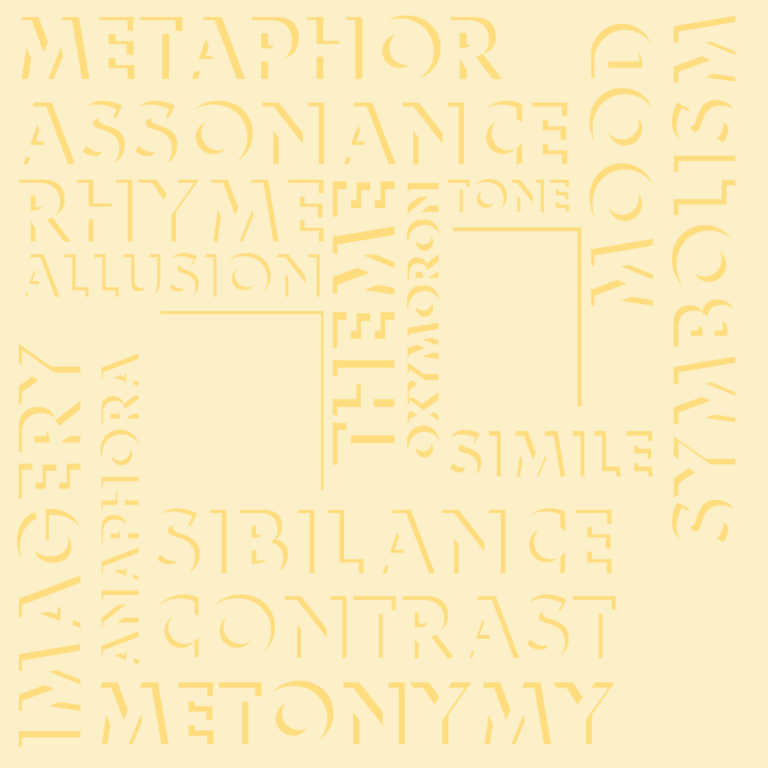